When I see people asking about NetBoot on Mac OS X or NetSUS, I often recommend people use BSDPy in a Docker container on Linux instead.

Which usually results in this kind of reaction: 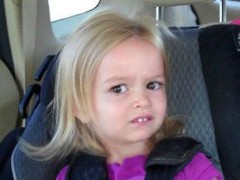 So here is my guide for getting a NetBoot server setup quickly and easily with CentOS 7 and a BSDPy Docker container.

Bare with me, this is a bit of a long post as I’ll be walking you through it step by step.

Get yourself a copy of the CentOS 7 ISO image, I chose to get the Everything ISO.

I’m going to create the Linux server as a VM in VMWare Fusion 7 on Mac OS X, but use whatever Hyper-Visor you want. Start your VM and begin the install. 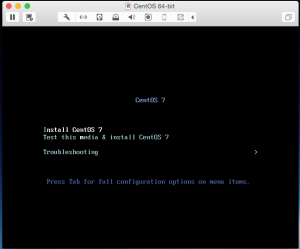 When you get to the install wizard. Make the usual choices for your environment date and time, network time server, keyboard and language support.

When you get to Software Selection lets use the default Minimal Install, we will install any extra packages we need manually.

No need to have a super bulky netboot server full of software that we are not going to use.

For the Installation Destination, I make a couple of changes to the partitioning from the default.

Make sure to choose “I will configure partitioning myself” then click Done.

You will be presented with the following dialog box. 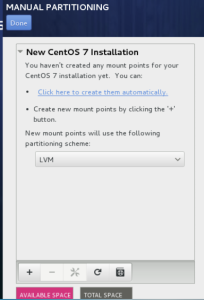 Click on the link to create them automatically. You should end up with it looking like this:

Click Done and choose Accept Changes. Now ensure the VM has network connected and specify and hostname if you require.

Begin the Install and set a password for the Root user. We don’t need to create any additional users, so we can leave that blank. 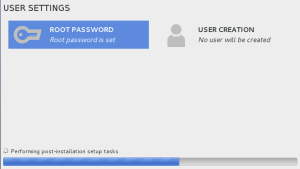 Once complete, Reboot and you will be presented with a login screen:

Login with the Root user and the password that you set earlier.

First we will disable the Firewall and disable SELinux so that Docker containers are able to connect to the network with out issue.

Now give your machine a reboot so that it starts up with SELinux turned off.

We need to install some extra packages;  Docker, and I also prefer to use Nano over Vi for text editing duties so we will include that. If you are behind a proxy server, you will need to tell the package manager (yum) to use your proxy server details.

To do this we simply put the proxy server details into the yum.conf file which is achieved by using the command:

If you need to provide a username and password you can do that do with:

Now lets update our package manager and install docker and nano with the below commands: 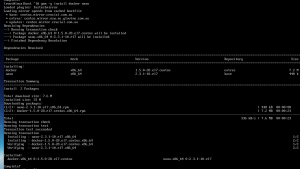 New in Docker 1.5 is the way it handles proxy servers. The Docker docs are here if you are interested:

If you do not require a proxy server, then you can ignore these commands and move on to the next section.

Now make sure this file has the following content:

Hit Control-x to exit, and hit Y to save changes.

If you need to provide a username and password for authenticated proxy access, then use the same syntax we used earlier: Eg.  http://username:password@server.com:8080

Now we have Docker installed and configured for proxy servers if required.

We need to get the Docker service running and configured to start every time the machine is turned on.

Now we can pull down the BSDPy Docker container. The container has a page here, if you are interested. This particular container is one that I have built, feel free to inspect the docker file to see how it was created.

Now lets create a place to store our NetBoot images.

Take note of your server’s IP address which you can get from running: ip addr

Your IP address will be next to inet under the name of the ethernet adapter which will probably start with eth or eno or similar. On my machine my IP address is 192.168.69.156 as you can see from this:

If you want to set a static IP for the server then I recommend you follow this guide:

To start the NetBoot server, we have to run our Docker image which creates a Container for it. Think of it like an image is just a template and when we run the template a container gets created and runs our application inside of it.

Now thats a lot of commands, so lets break it down:

Basically the above is saying go ahead and run a docker image, if the container exits, like if the linux host was powered off. Then the next time that docker loads (which will be at system startup), it will try to restart this container. The -d flag means run in daemonized mode rather than interactive. This way it runs in the background and doesn’t require any user input or intervention. Just how a service should run

The -v flag means volumes, what we are doing here is that we are telling docker to map the directory /nbi into /nbi of the container. This allows our container to have access to /nbi and thus our NetBoot image. Think of it like a shared folder between the host and the container.

The -e flag here is passing an environmental variable to our container. The variable is DOCKER_BSDPY_IP Essentially we need to tell our container what the IP address is of our linux host is so make sure this is set correctly. ie.

The –name flag here allows us to give a name to this running container, you can call it what ever you like. I like to use the function or service the container is providing as the name as it makes it easy to see at a glance what my Linux host is providing. So in the above example I have the name set to netboot_server.

After the name we have hunty1/bsdpydocker this is a reference to the docker image that we pulled down from the Docker public registry earlier. This is the name of the image that we are telling Docker to run and create a container for.

Kind of uninteresting. So how do we see whats happening? Lets see what containers are running on the server:

So we can see that the netboot_server container is up and running. To see some logs from the container we can run:

This is kind of like running a tail -f, it gives you the last 10 or so lines of the log file and will live update so you can see events in the log as they happen.

We now have a fully operational NetBoot Server!

You might be wondering great but how do I get it to server a NetBoot.nbi file that I have created? Well there are plenty of ways, we could scp it across, or, a little bit more of a friendly approach is to install Samba, and access the /nbi directory we created earlier via SMB from your Mac.

So lets do that. To exit out of the log view if you are still in it, hit control-c

Now we need to setup a user account to authenticate to our samba share. I’m going to call my user ‘smbuser’

We can now enable the samba service and fire it up:

You will need to give your smbuser permissions to the nbi folder, so run

Now once it has finished copying over. Go ahead and restart you docker container

And to check that it has picked up the new netboot image:

Go ahead and try to netboot a client device and you should be away!

Congratulations you now have a NetBoot server running in a Docker container on Linux!

Now for bonus points here is a couple of scripts to get you up and running super fast.

This will disable the firewall and SELinux and prompt you to reboot.

This will set everything else up for you. Once complete just upload the netboot image to your server and reboot the linux server (Or just restart the docker container, so it finds the new nbi)